Hot dog water skiing reached its peak of popularity in the late 1980s. Kneeboarding was the biggest thing on water, and it opened the door to mainstream flips and spins behind the boat. The skiboard (led by the foam filled Skurfer) was still considered mostly a toy, and the buoyancy made it tough for most people to get up on.

For those who wanted the thrill of kneeboarding, but didn’t want to kneel down, many tried hot dog slalom.

Other manufacturers jumped onboard with a ski of their own like Connelly’s “F44”, and the Jobe “Radical”. 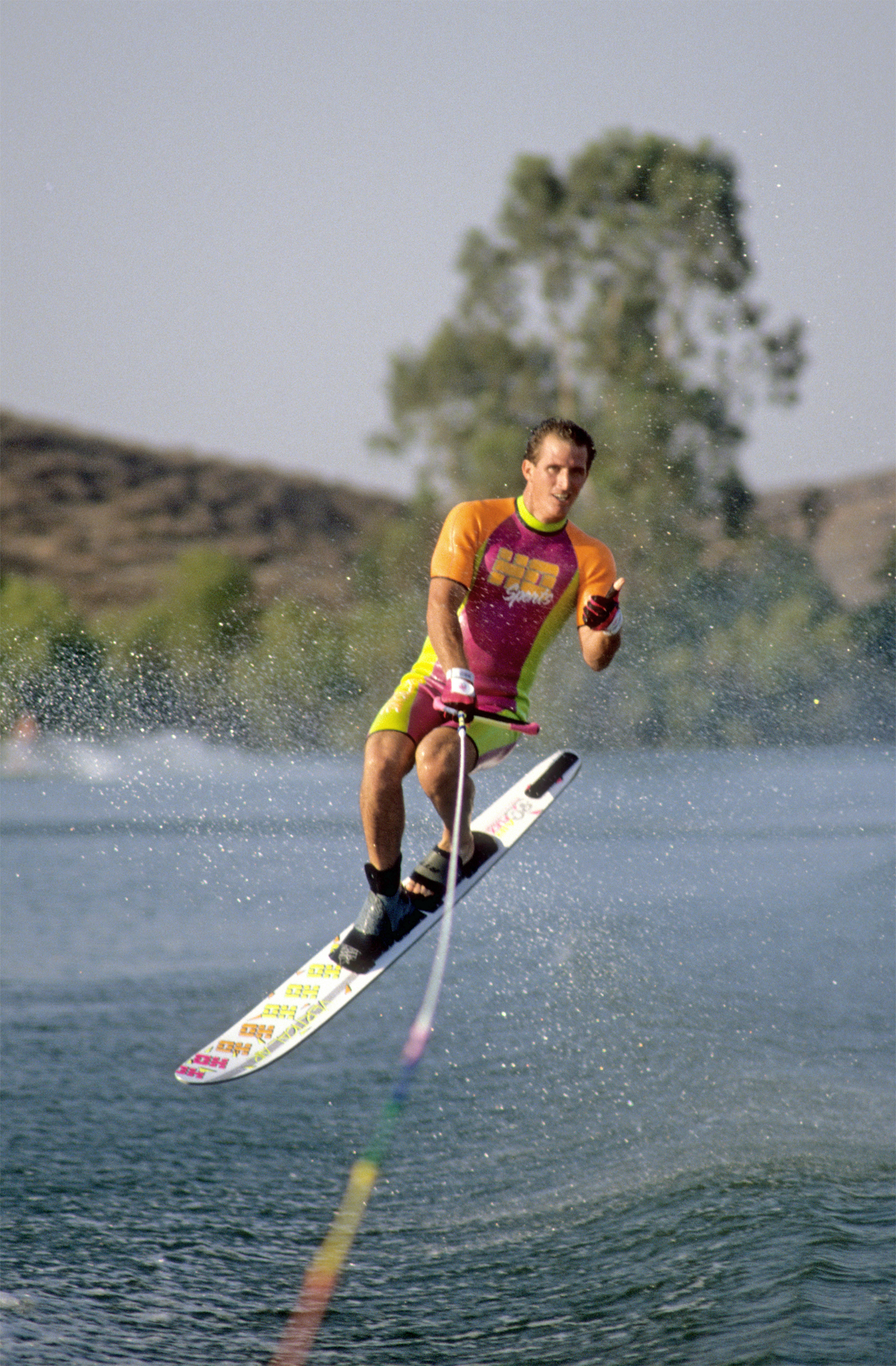