Parker Strip of the Colorado River. 2013

It’s the moment of launch as Klarich prepares to throw another one of his original moves. The Judo Gainer is a back flip with a one-footed kick during the upside-down rotation. It was first performed by Klarich around 2000, and was inspired by a similar jump in wakeboarding called the Judo Air. 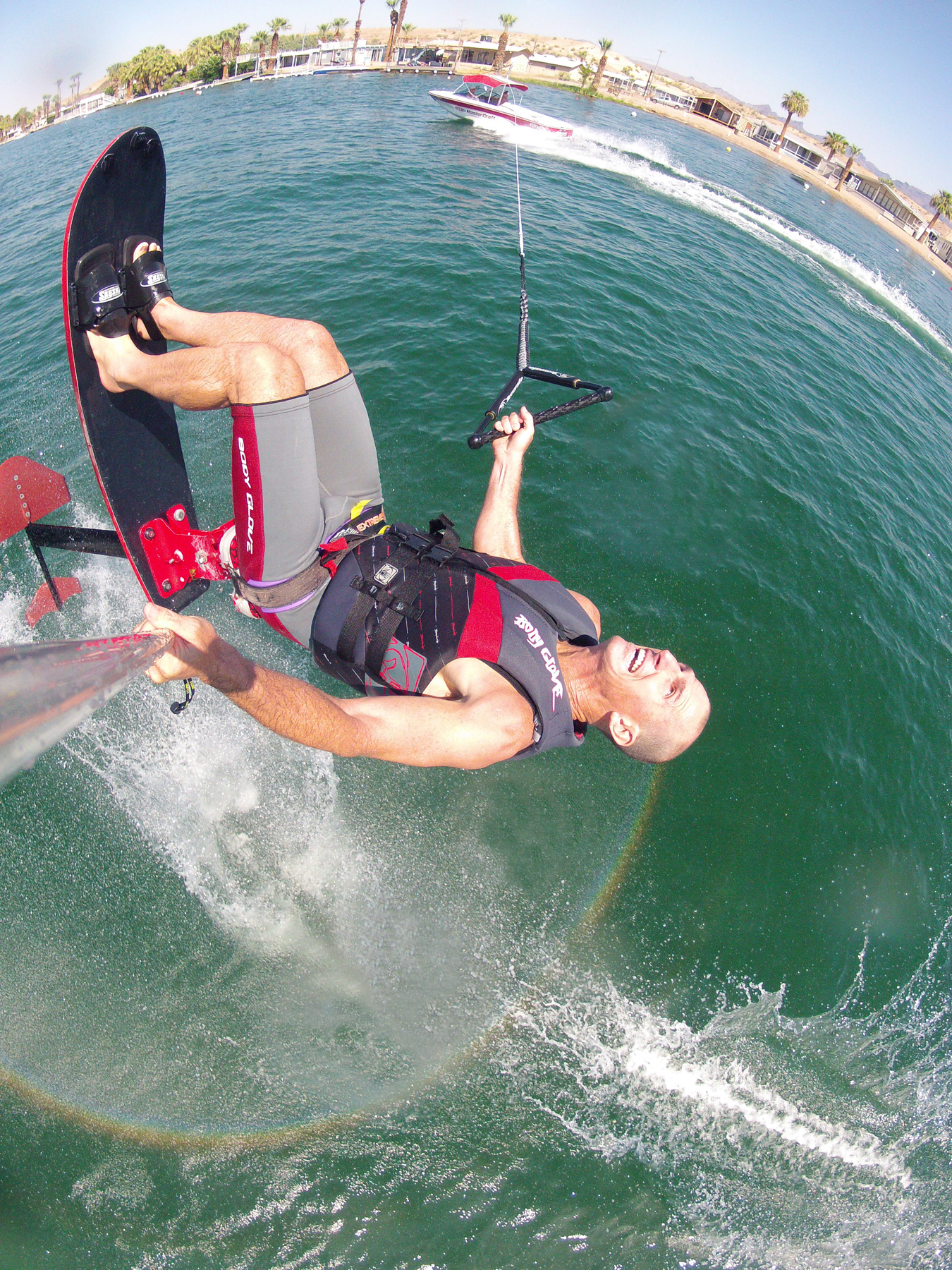