Parker Strip of the Colorado River. 1998

The Skidder is a move Klarich invented in 1993, just prior to Air Chair’s first promotional video. Klarich got the idea after seeing the wings of the foil bounce off the water while a friend was performing a jump. It took a couple of weeks to master the new way to ride; with the wings skidding on top of the water. Klarich kept the move a secret for a couple weeks to unveil it during the Air Chair feature video shoot. In this variation Klarich cuts out wide to generate speed and slack so that he can add a tail grab. 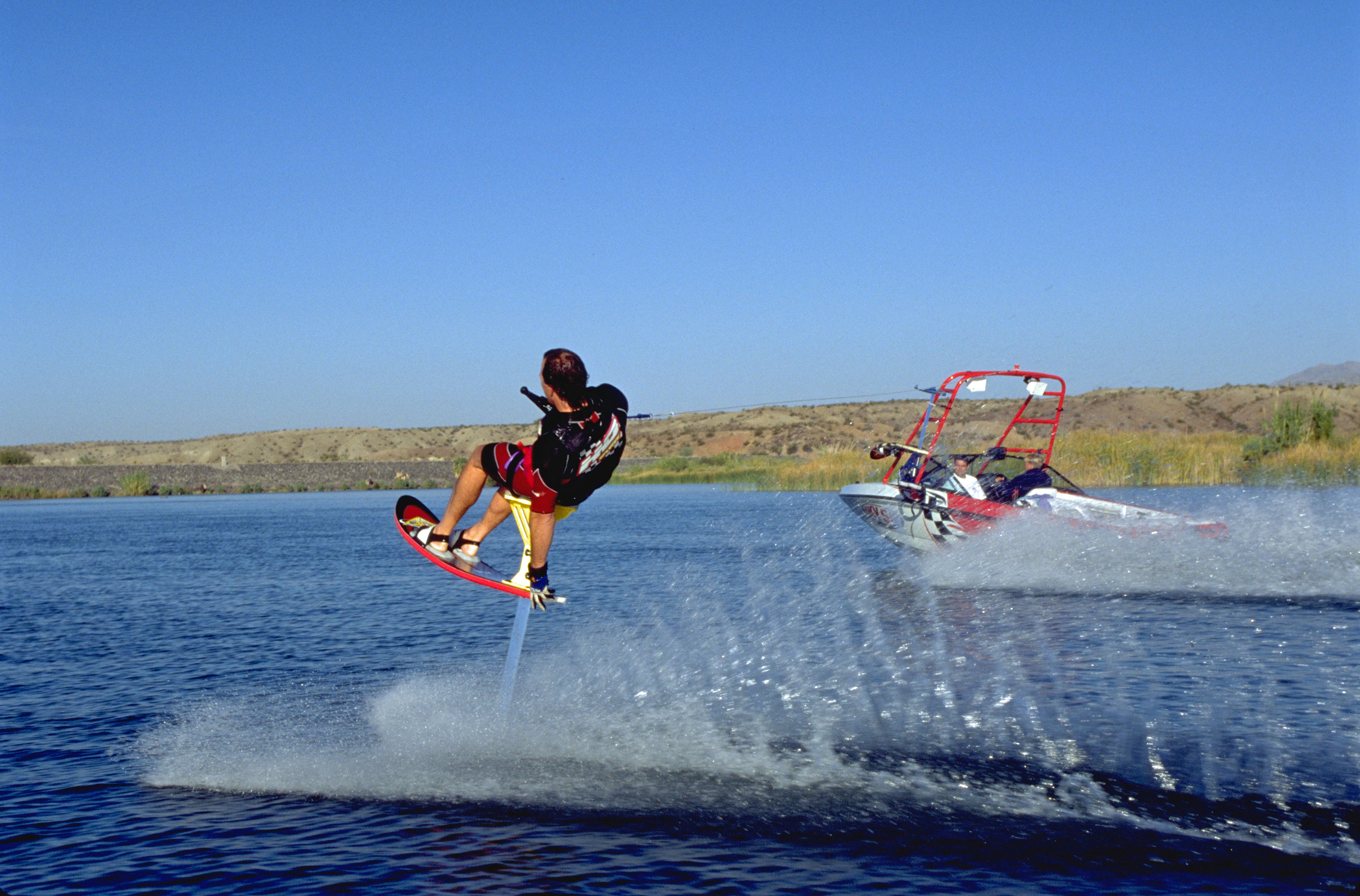